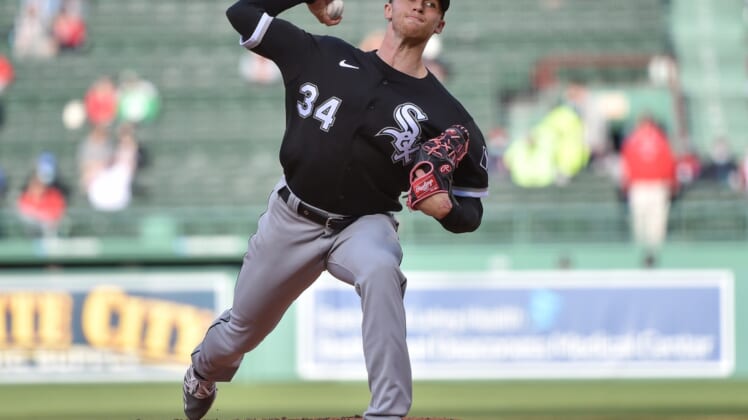 Yermin Mercedes homered to back an electric Michael Kopech in his first start in 2 1/2 years, and the Chicago White Sox beat the host Boston Red Sox 5-1 to complete a doubleheader sweep Sunday.

Kopech struck out four and allowed one run on one hit and one walk over three-plus innings as he served as starter for the first time since Sept. 5, 2018. He has pitched in the bullpen since returning from Tommy John surgery and opting out of the 2020 campaign. Matt Foster (1-1) pitched 1 2/3 innings of relief for the win.

Nick Madrigal drove in two runs as the White Sox followed a 3-2 victory in Game 1.

J.D. Martinez drove in the lone run for the Red Sox, who have lost three of four since a nine-game winning streak.

Chicago loaded the bases with no outs on three straight singles to start the game off Boston starter Martin Perez. Jose Abreu grounded in a run before Perez got a strikeout and lineout to escape the jam.

Mercedes led off the fourth inning with his fourth home run of the season for a 2-0 lead. Danny Mendick singled and Madrigal doubled to each drive in two-out runs later in the frame for a 4-0 advantage.

Kopech, meanwhile, retired the first nine men he faced in order. He was pulled after Enrique Hernandez walked and Alex Verdugo singled to begin the bottom of the fourth, and Foster gave up an RBI single to Martinez to make it 4-1. Foster then set down Xander Bogaerts, Rafael Devers and Marwin Gonzalez to strand two runners on base.

Chicago loaded the bases with no outs again in the top of the sixth, scoring an extra insurance run on a Madrigal sacrifice fly.

Liam Hendriks, who earned the save in Game 1, pitched a 1-2-3 seventh on eight pitches to seal the result.