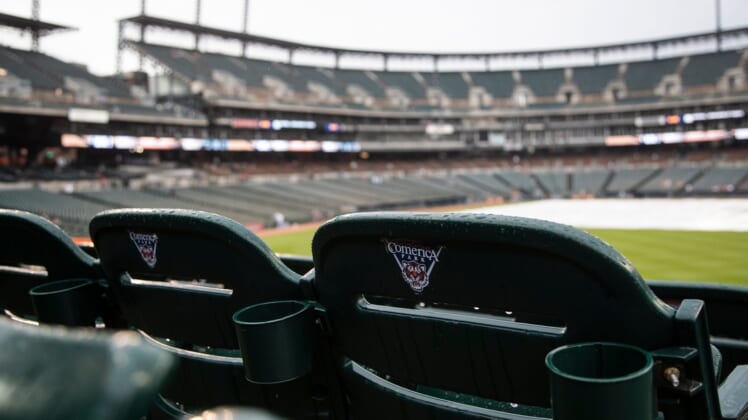 Rain delay at a Tigers game against Seattle Mariners at Comerica Park in Detroit, Tuesday, June 8, 2021.

Wednesday afternoon’s scheduled series finale in Detroit between the Tigers and Chicago White Sox has been postponed due to inclement weather.

The game will be made up Monday at 1:10 p.m. ET, a previously scheduled day off for both teams. The Tigers won the first two games of the series.

The postponement means the White Sox (85-66) will have to wait at least one more day to clinch the American League Central division. Their magic number is two over the Cleveland Indians (74-76), who play the Kansas City Royals (69-83) on Wednesday.

The White Sox will head to Cleveland to open a five-game series on Thursday. The Tigers (74-78) host the Royals in a three-game series beginning Thursday.