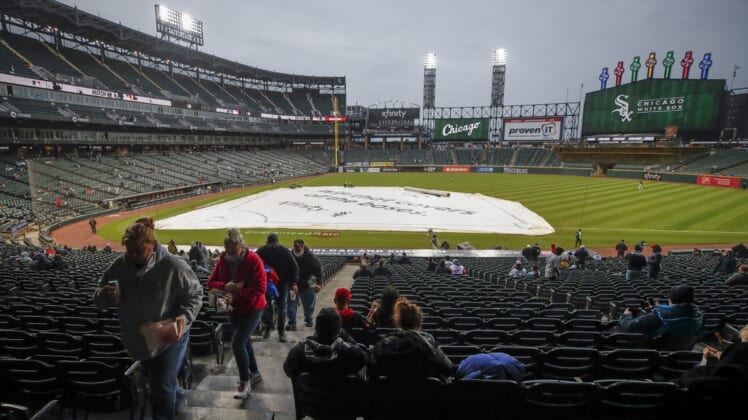 Apr 28, 2021; Chicago, Illinois, USA; Fans leave Guaranteed Rate Field after it was announced that the game between the Chicago White Sox and Detroit Tigers has been postponed due to inclement weather. Mandatory Credit: Kamil Krzaczynski-USA TODAY Sports

The Chicago White Sox’s scheduled home game against the Detroit Tigers was rained out Wednesday evening.

The teams will make up the game as part of a straight doubleheader Thursday, with the first game starting at 5:10 p.m. ET. Each game will be scheduled for seven innings.

The Tigers won the opener of the three-game series 5-2 on Tuesday, ending a five-game losing streak. The White Sox had won their previous four games.