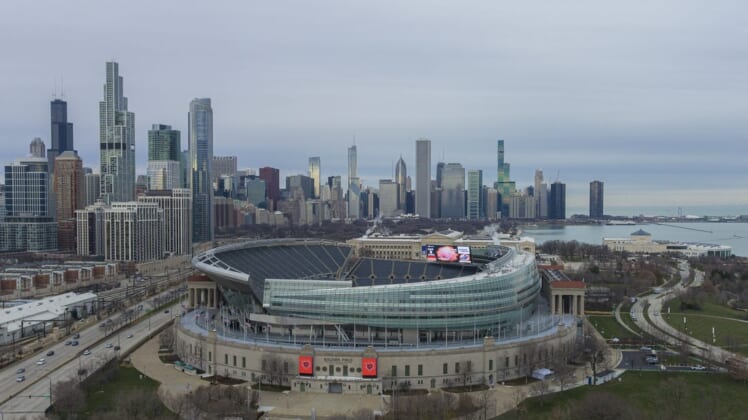 In an effort to keep the Chicago Bears along the shore of Lake Michigan, the city has proposed a $2.2-billion makeover to historic Soldier Field, which would be the second major enhancement to the venue in the last two decades.

Chicago mayor Lori Lightfoot revealed plans to turn Soldier Field into a domed stadium in order to enhance the current home of the Bears, as well as the Chicago Fire of Major League Soccer.

A portion of the price tag would be paid for by selling the naming rights to the stadium, although any deal with require it to still be seen as a war memorial and likely still have “Soldier” somewhere in the new name.

“We need to invest in Soldier Field. Soldier Field must be a year-round destination,” Lightfoot said Monday. “We must enhance the fan experience. And that’s precisely what we aim to do.

“We are making a compelling case for the Bears to stay in Chicago. They want a Tier One stadium to maximize revenues and we agree.”

News has circulated for years that the Bears could be on the move to a new stadium in the Chicago suburb of Arlington Heights, Ill. That venue would be built at the sight of the former Arlington Park race track, which was closed in 2021 and slated for redevelopment.

In September of last year, the Bears signed a purchase agreement to acquire the property for just shy of $200 million. In March, the Bears hired an architecture firm to come up with stadium plans.

But the Bears’ lease at Soldier Field runs until 2033, and while they have the chance to break the lease in 2026, it would come with an $84 million penalty, the Chicago Tribune reported.

The Bears have played at Soldier Field since 1971 after moving there from Wrigley Field. The Fire played there from 1998-2005 before moving to a more intimate stadium in the Southside suburbs, but they returned in 2020.

A Soldier Field renovation that started in 2002 ended up with a $632 million price tag, temporarily forcing the Bears to move to Memorial Stadium in Champaign, Ill., on the campus of the University of Illinois, for the 2002 season.