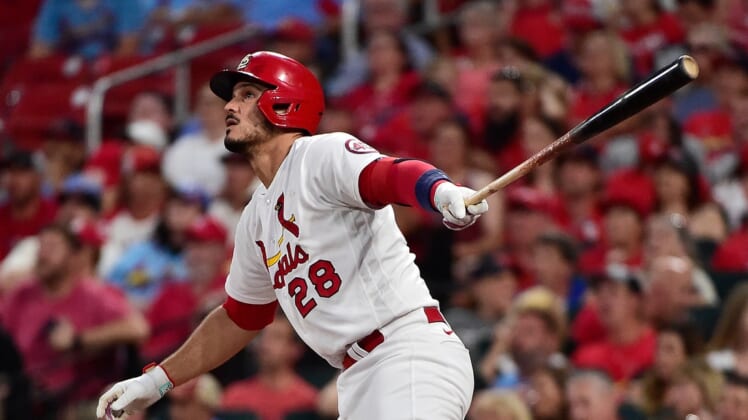 Ian Happ’s two-run double capped a six-run ninth inning as the Chicago Cubs handed closer Alex Reyes his first career blown save in a 7-6 win over the host St. Louis Cardinals on Tuesday.

Chicago trailed 6-1 before loading the bases against Luis Garcia with one outs in the ninth. Reyes (5-4) replaced Garcia and promptly walked in a run before striking out Willson Contreras.

Anthony Rizzo then walked to bring in another run, and Javier Baez followed with a two-run single to cut the deficit to 6-5. Happ’s two-run double to right field completed the comeback.

Nolan Arenado, Tommy Edman and pinch hitter Jose Rondon each homered for St. Louis, which opened the four-game series with an 8-3 win on Monday.

Dillon Maples (1-0) pitched a scoreless eighth inning and Craig Kimbrel retired the Cardinals in order in the ninth for his 22nd save in 24 opportunities.

Bryant made a diving catch in left field to lead off the bottom of the third inning, but he exited the game in the fifth with right hamstring fatigue.

The Cardinals pulled even later in the third when Harrison Bader doubled, moved to third on a groundout and scored on Dylan Carlson’s opposite-field double to left field. 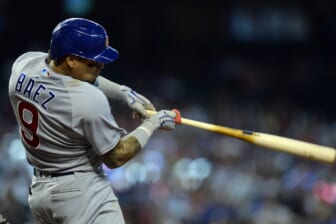 St. Louis broke a 1-1 tie with three runs in the fourth against Trevor Williams, who gave up four runs over five innings. He allowed seven hits, walked one and struck out three.

Arenado led off the fourth with his 18th homer, a 406-foot blast to left field. Bader and pitcher Johan Oviedo delivered consecutive two-out RBI singles later in the inning to put the Cardinals ahead 4-1.

Oviedo allowed one run on three hits over five innings and appeared primed for his first career victory in his 17th major league start before the Cubs’ ninth-inning rally.

Paul Goldschmidt went 1-for-5 to extend his hitting streak to 15 games.

St. Louis padded its lead in the sixth on Edman’s leadoff homer off Rex Brothers, who retired the next two batters. Rondon then entered as a pinch hitter and deposited his first homer of the season over the left field wall.