Chicago Cubs star Javier Baez (back) out of lineup vs. Pirates 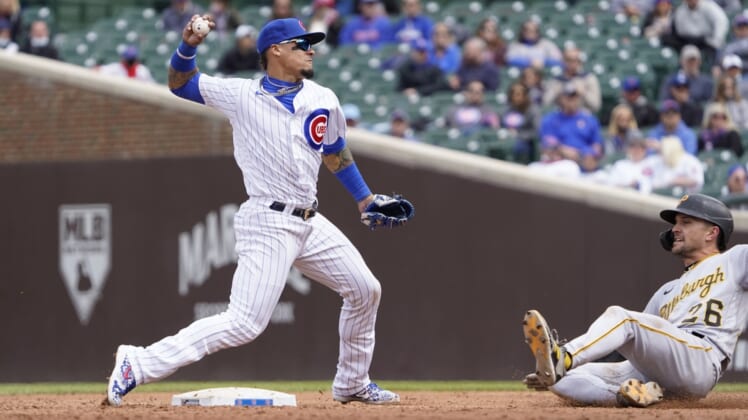 Chicago Cubs shortstop Javier Baez was not in Sunday’s starting lineup against the visiting Pittsburgh Pirates due to back soreness.

The Cubs have an off-day on Monday, giving Baez a two-day break to deal with the issue. He left Saturday’s game early with back tightness

Chicago manager David Ross expects the two-time All-Star to be back in the lineup on Tuesday when the Cubs open a two-game road series against the Cleveland Indians.

The 28-year-old Baez recently missed three games in late April due to a hamstring strain.

Baez is batting .257 in 29 games this season. He leads Chicago with 25 RBIs and is second on the club with eight homers.