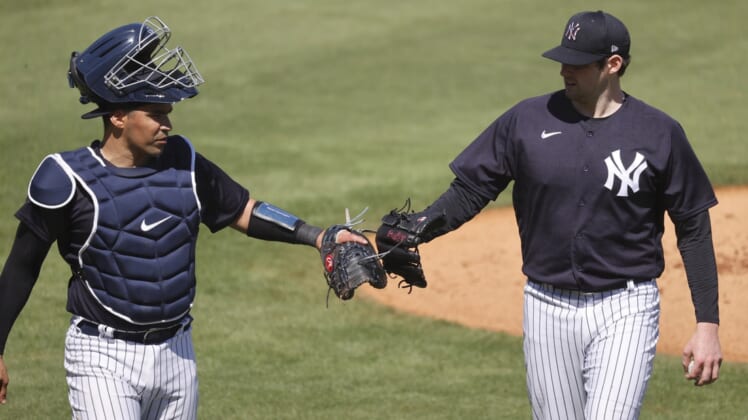 Contreras ranks second in baseball this season in innings played by a catcher.

In a corresponding move, the team designated catcher Taylor Gushue for assignment.

Originally signed as an amateur free agent by the Cubs in 2000, Chirinos, 37, has hit .231 with 86 home runs and 269 RBIs over 602 games in a nine-year big-league career spent with Tampa Bay, Texas, Houston and the New York Mets.

Chirinos was hitting .278 with three homers through 13 games for the Yankees’ Triple-A affiliate when he was released on Sunday.

Among the wounded at the catcher spot in Chicago are P.J. Higgins (right forearm strain) and Jose Lobaton (right shoulder sprain). Both are on the 60-day injured list.