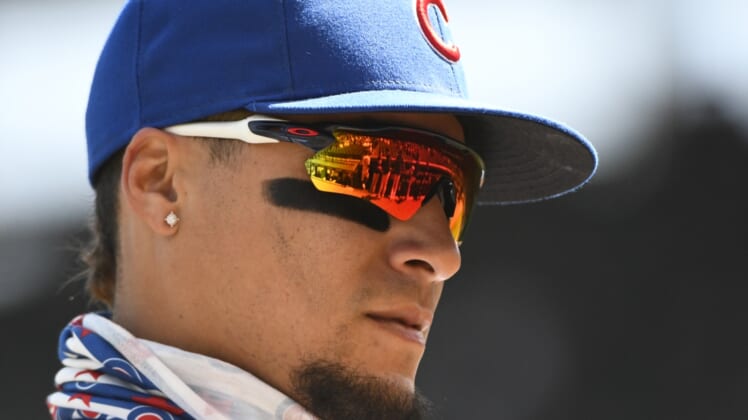 After missing three games with a hamstring strain, Chicago Cubs shortstop Javier Baez was back in the starting lineup Thursday.

Baez was slotted into the No. 5 spot in the Cubs’ lineup for Thursday night’s game against the Atlanta Braves.

The 28-year old was injured Sunday while running the bases in a 6-0 home loss to the Milwaukee Brewers. He was available to pinch hit Wednesday night against the Braves but was not used.

In 20 games this season, Baez was batting .234 with six home runs and a team-high 17 RBIs for a Cubs team struggling for offense. Chicago entered play Thursday with 99 runs scored, tied for 19th in the major leagues nearly a month into the season.

The Cubs are on a five-game losing streak, falling 10-0 to the Braves on Wednesday, and will be trying to avoid a four-game sweep at Atlanta in Thursday’s game.