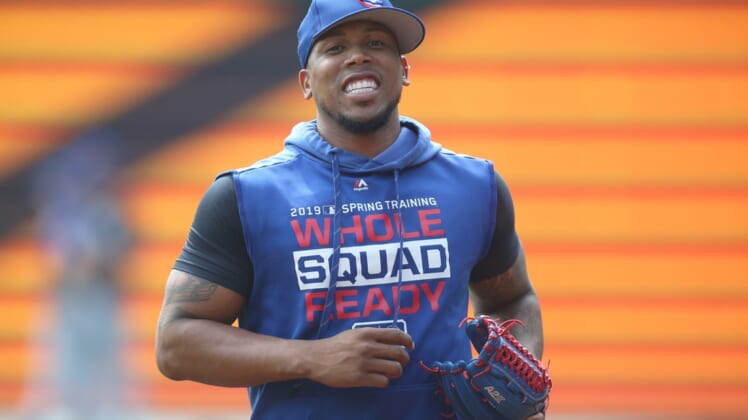 The Chicago Cubs, the only team not to have someone test positive for COVID-19 in the 2020 season, placed three relief pitchers on their COVID list Monday in hopes of avoiding an outbreak on the active roster.

The move was sparked by bullpen coach Chris Young testing positive for the coronavirus. In response, the club placed pitchers Jason Adam, Dan Winkler and Brandon Workman on the COVID list, although details on the health status of the three relievers were not announced.

The pitchers, all right-handers, are all under self-isolation, according to multiple reports. Young also reportedly is self-isolating, along with first base coach Craig Driver, who did not fly with the team to Pittsburgh for its weekend series against the Pirates after his own positive test result.

“The guys have been pretty diligent about wearing their mask,” manager David Ross said, who also added that the team’s full traveling party also tested negative on Monday. “We’re hoping for the best, but we’re also planning for the worst. I think that’s just the way you have to kind of have that mindset in this time we’re in right now.”

In corresponding transactions, the Cubs selected the contract of right-hander Pedro Strop and also recalled left-handers Justin Steele and Brad Wieck. All three moves were made before Chicago began a three-game road series against the Milwaukee Brewers on Monday.

Strop, 35, is starting his 13th major league season and eighth with the Cubs. He has occasional closing experience with the team, having posted 29 of his 32 career saves with the organization.