Chicago Cubs’ Kris Bryant departs after being hit by pitch 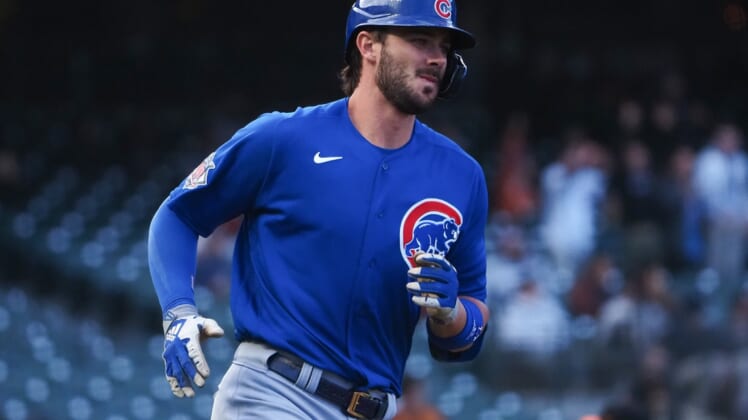 The Chicago Cubs lost three-time All-Star Kris Bryant in their road game Tuesday night against the New York Mets after he was hit by a pitch on his hand.

The team’s initial diagnosis is a right hand contusion, according to reports.

After Joc Pederson singled to lead off the game, Mets right-hander Taijuan Walker plunked Bryant on his hand, causing the game to delay for several minutes. Bryant remained on the base paths as the Cubs later left the bases loaded to end the inning.

ESPN reported that one of the Cubs’ trainers stopped Bryant as he was going to his position at third base for the bottom of the inning, but Bryant “shooed him away.”

When Kris Bryant was going to play defense in the bottom of the 1st, assistant athletic trainer Nick Frangella wanted to check his hand (which appeared to be quite red) but KB shooed him away. KB is out of the game in the second inning.

Bryant was not forced to field a ball in the inning, but was replaced by Patrick Wisdom to start the bottom of the second.