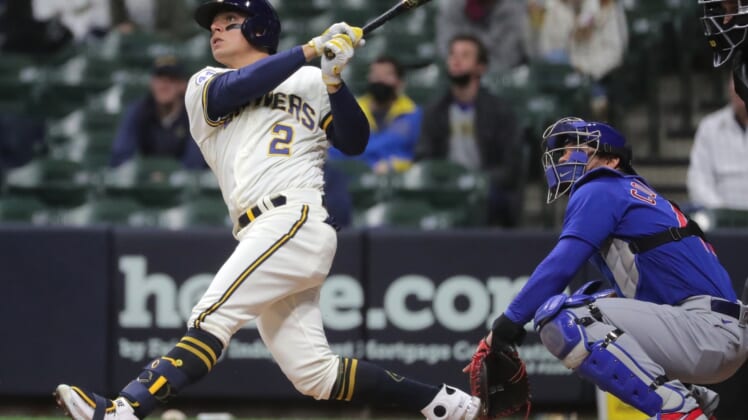 The visiting Chicago Cubs got a two-run homer from Willson Contreras to snap a three-game losing streak with a 3-2 win over the Milwaukee Brewers.

Milwaukee, which was trying to win its fourth consecutive game, held a lead from the second inning until Contreras went deep off relief pitcher Brent Suter with one out in the eighth.

The final game of the three-game set will be Wednesday afternoon.

It was another fantastic start without a decision for Milwaukee starter Brandon Woodruff, who gave up three hits in six innings, striking out six and walking one.

The Brewers broke out to a 2-0 lead with two outs in the second when Luis Urias launched a two-run homer to left field. It was the second big hit in as many games for Urias, who pinch hit Monday and delivered a three-run double.

The Cubs were held hitless through the first three innings, but after Contreras was hit by a pitch, Anthony Rizzo rapped a sharp single to right. Contreras later scored on Kris Bryant’s sacrifice to make it a 2-1 game.

Chicago’s scheduled starter, Kyle Hendricks, was scratched because he wasn’t feeling well, according to the team’s social media account about 30 minutes before the game.

Alec Mills, who threw a no-hitter in his previous start in Milwaukee last Sept. 12, was a last-minute replacement and went four innings, allowing two runs and two hits.

Craig Kimbrel came on in the eighth to get a ground out to end a Brewers threat, and pitched around a two-out walk in the ninth to get his third save of the season. Pedro Strop (1-0) got the win.

Milwaukee outfielder Lorenzo Cain left the game after grounding out in the first inning. Cain was limping after hitting first base, and the team said he exited with left quad discomfort.

The Cubs added infielder Matt Duffy to their list of players on the COVID-19 injured list. Ildemaro Vargas was recalled from the South Bend alternate site.