The Chicago Cubs are trading relief pitcher Andrew Chafin to the Oakland Athletics, the latest sign of Chicago’s commitment to selling before the MLB trade deadline.

MLB.com’s Mark Feinsand first reported that Chafin was close to being dealt on Monday night. Minutes later, The Athletic’s Ken Rosenthal shared that the veteran southpaw is heading to Oakland.

Chicago signed Chafin this offseason, agreeing to a one-year contract that included a mutual option. The 31-year-old lefty will be owed less than half of his $2.25 million salary this season. Under the terms of his deal, Oakland can buy out his $5.25 million option in 2022 for $500,000. 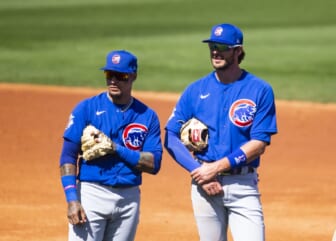 Chafin has been one of Chicago’s best arms out of the bullpen in 2021. He is effective against batters from both sides of the plate, holding righties to a .147 batting average and lefties to a .164 average.

ESPN’s Jeff Passan notes the deal won’t be official until a medical review is completed. Chafin, who has appeared in 43 games this season, is owed a $150,000 bonus when he reaches 50 games, 60 games and 65 games played.