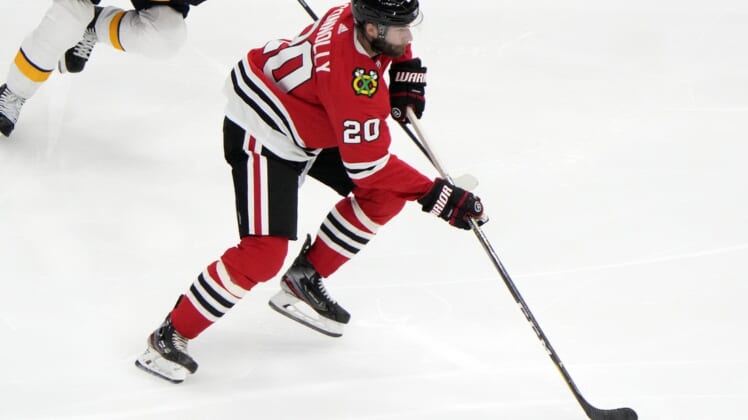 The 29-year-old winger has played 10 NHL seasons for five teams. He’s likely to be assigned to the Rockford IceHogs, Chicago’s AHL affiliate, if he clears waivers.

“It’s a tough thing because he’s a long-time veteran, so we’ll see what happens with that, what happens next,” Colliton said. “I can say, great guy, and he came into camp very prepared and in excellent shape and I think he’s had a couple of good games. The issue is we’ve had some really good performances from some other players, particularly young guys, and that’s part of the business sometimes.”

Chicago acquired Connolly in April as part of a five-player trade with the Florida Panthers. He saw action for the Blackhawks in just 10 games, netting one goal plus one assist.

The peak of Connolly’s career was his time with the Washington Capitals (2016-19), when he became a consistent third-line scorer and won a Stanley Cup with them in 2018. He notched career highs of 22 goals and 24 assists in the 2018-19 season but hasn’t produced the same way since.