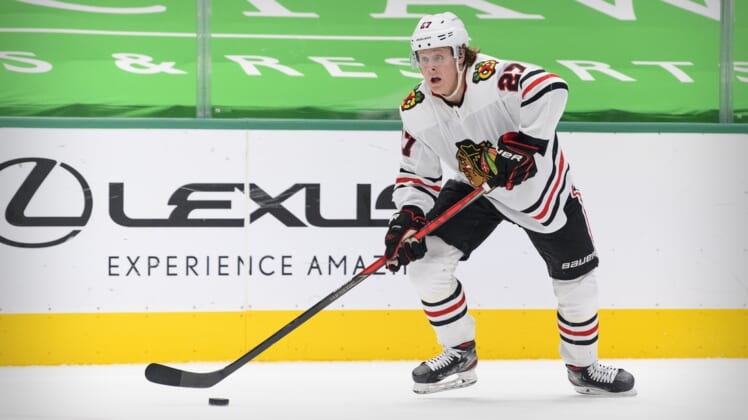 Chicago Blackhawks defenseman Adam Boqvist was ruled out for the rest of the game after he was hit in the face by a puck during the first period against the host Columbus Blue Jackets on Monday night.

Boqvist was defending a play along the boards when a backhand shot by Blue Jackets forward Zac Dalpe ricocheted off his face. The Blackhawks’ second-year blue-liner immediately reached for his mouth and nose after the puck struck him.

Boqvist headed into the Blackhawks’ locker room and was ruled out soon afterward.