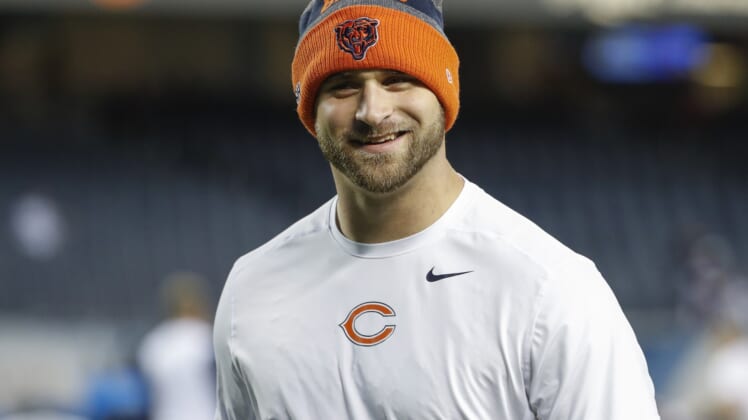 The 2021 NFL free-agent market just got a little more interesting, as retired offensive lineman Kyle Long has made it known that he’s returning to the NFL this coming season.

Long was the 20th overall pick in the 2013 draft and spent seven seasons with the Chicago Bears, earning three Pro Bowl bids during that span.

Green Light Pod’s Macon Gunter broke the news of Long’s impending return to pro football, and while this could’ve been taken with a grain of salt, Long’s brother Chris confirmed it:

Based on the report, it seems the time Kyle Long took away from the gridiron allowed him to heal up and reignited his love for the game.

Long did have some durability issues toward the end of his initial stint in the NFL. After missing just one game in his first three seasons, Long played in only eight games apiece in the 2016 and 2018 seasons. He missed six contests in the year between those, and made only four starts in his final year of action.

Even with a full season away from the NFL, there are tools Long possesses that simply can’t be taught. He’s listed at 6-foot-6 and 332 pounds, yet plays with enough leverage to get consistent pushes in the run game, and has the finesse to excel as a pass protector, too.

With such unique physical traits, a proven track record and the relative bargain price Long should be coming out of retirement, he should draw a lot of interest on the open market.

Kyle Long is still just 32 years of age, and has proven to be one of the NFL’s premier offensive linemen when healthy. In addition to thriving as a guard, Long was pressed into duty at right tackle during the 2015 campaign, and held up really well at that spot, too, earning Pro Bowl honors.

It’s unlikely Long will want to return to Chicago, given its lackluster quarterback situation and overall unstable situation, with general manager Ryan Pace and head coach Matt Nagy entering 2021 on the hot seat.

Any team that needs obvious fixes on its offensive front and could be in a position to contend should consider taking at least a one- or two-year flier on Long. Those that qualify and first come to mind include the Carolina Panthers, the Los Angeles Chargers and the Kansas City Chiefs.

Carolina franchise tagged right tackle Taylor Moton, but most of its interior linemen group will be available on the open market. It’s not a corps of world beaters to begin with, and Long could easily step in and start for a team that’s moving in the right direction. Adding Long could address a key position while still allowing the Panthers to retain key assets for an eventual trade to acquire a new franchise quarterback.

Then, we have two AFC West teams who figure to be battling it out for divisional supremacy in 2021. Kansas City’s appeal is obvious given its three straight conference championship berths and the presence of Patrick Mahomes at QB. Long could be a huge boon to the Chiefs’ already-potent attack by providing better pass blocking, and he could help pave the way for tailback Clyde Edwards-Helaire to explode in Year 2, making KC more balanced on offense.

But then there are the Chargers, who have a stud signal-caller in their own right in Justin Herbert.

New LA head coach Brandon Staley was on the Bears’ staff for a couple years of Long’s time in Chicago. There’s a familiarity factor there that’d make the Bolts an ideal destination as an up-and-coming team who also needs to improve an offensive line that ranked dead-last in Pro Football Focus’ 2020 rankings.