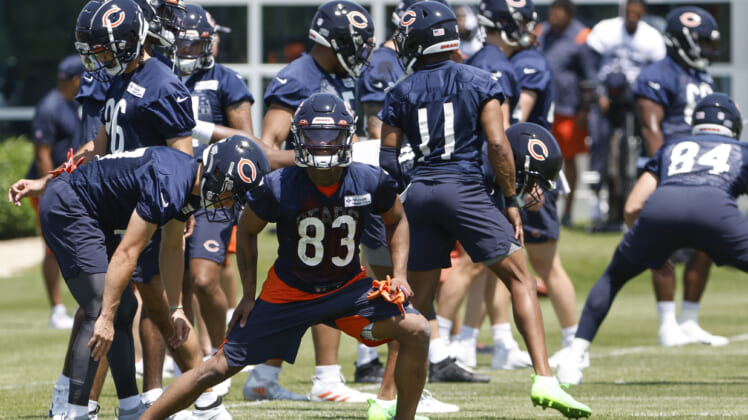 A fixture in the greater Chicago area, the Bears are also doing something special during the first week of summer camp. That includes hosting the Highland Park High School football team on Wednesday.

Players and coaches could be seen taking pictures with the youngsters, including second-year quarterback Justin Fields.

It was back on July 4 that at least six people were killed when a gunman opened fire during a holiday parade in Highland Park. It’s a suburb of Chicago about 25 miles north of the Windy City.

It was the latest mass shooting in a United States that has seen far too many of them in recent decades. It also led to those within the community stepping up big time to help those most impacted.

As for the Chicago Bears, they also donated $80,000 to the Highland Park Community Foundation, a number that was matched by the NFL.