Chicago Bears defensive tackle Eddie Goldman was downgraded from questionable to out for Sunday’s game against the host Cleveland Browns.

Goldman, 27, has yet to make his season debut since sustaining a knee injury in practice on Sept. 6. 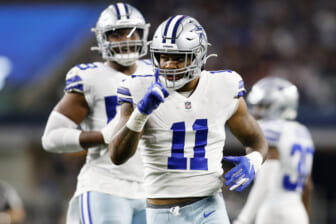 Also on Saturday, the Bears (1-1) elevated defensive tackle Margus Hunt from the practice squad to the active roster.