Chicago Bears ‘confident’ they will have fans in attendance this season 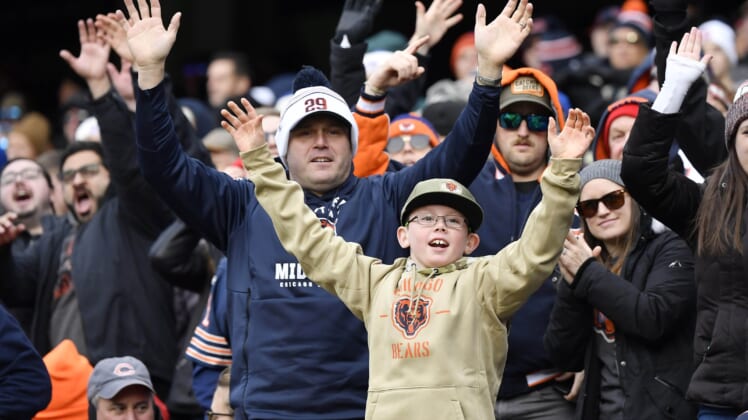 It’s not yet known whether the 2020 NFL season will be played with fans in attendance around the United States. Recent trends relating to the COVID-19 pandemic plaguing the country seems to suggest that it’s unlikely.

This hasn’t stopped the league from displaying confidence that fans will be allowed to attend games. That now includes one NFC team.

“We’re still extremely hopeful, confident, that we’re gonna have a season with fans,” Bears CEO and President Ted Phillips said, via Jason Lieser of the Chicago Sun-Times. “It’s only good business practice to look at contingencies, and if we’ve learned anything in the past three months it’s expect the unexpected… But we’re still extremely hopeful.”

This stance seems to fly in the face of actual science. It was just recently that Anthony Fauci, the director of the National Institute of Allergy and Infectious Diseases, noted that the 2020 NFL season would more than likely have to be played in a bubble. While the league has pushed back against that, it’s common sentiment within the scientific community.

COVID-19 cases in Illinois tell us a story here

As of Thursday afternoon, there has been 134,000 cases of COVID-19 in Illinois with north of 6,500 deaths. Though, unlike other states, cases have been on a downward trajectory in recent weeks.

That’s where the entire situation gets tricky as it relates to fans being in attendance this fall. It would not be fair to look at individual states and use those numbers to dictate whether fans can attend. After all, the likes of California, Arizona, Texas and Florida continue to see rising cases in recent days.

At this point, it’s reasonable to conclude the 2020 NFL season will go on as planned. It’s unrealistic to believe that stadiums will be at full capacity. Maybe there’s a happy medium here that includes the ability of fans to socially distance with venues a quarter or so full.