All three landed on the list on Aug. 3 along with nose tackle Eddie Goldman, who is the only player remaining on the list for Chicago.

Jones, Wilkinson and Scales are eligible to return to practice Tuesday following the team’s day off on Monday.

Scales, 33, is entering his sixth season as the Bears’ long snapper. He played two games with the Baltimore Ravens in 2014 before joining Chicago in 2015. 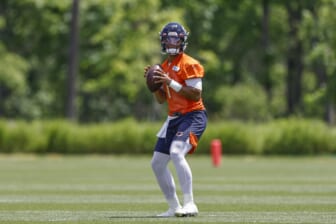