Chez Reavie in front after first round of PGA Tour season 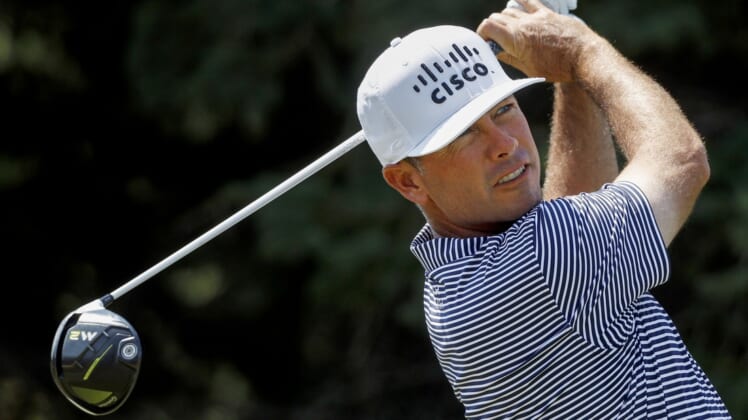 Chez Reavie fired a 7-under-par 65 on Thursday to take the one-shot lead after the opening round of the 2021-22 PGA Tour season at the Fortinet Championship in Napa, Calif.

Reigning Masters champion Hideki Matsuyama of Japan is tied for 24th at 3 under, ahead of reigning PGA Championship winner Phil Mickelson (tied for 41st at 2 under) and reigning U.S. Open champion Jon Rahm of Spain (tied for 104th at even par).

Reavie, who began on the back nine, logged eight birdies and four pars over his final 12 holes, closing with three consecutive birdies.

“It was kind of a slow start, but I told myself to stay patient, you have plenty of chances to make birdies — and I was able to do that coming in,” he said. “But I was 1 over through six holes, I think. I was like, ‘OK, stay patient, don’t become impatient.’ Yeah, fortunately I was able to make some birdies.”

Regarding his improvement on his second nine, Reavie said, “I started hitting the ball better. … I was able to hit some fairways on the back and give myself some good looks.”

Tringale, 34, is looking for his first PGA Tour victory. He had three birdies on each nine en route to a bogey-free round Thursday.

Hadwin, a 33-year-old who is four years removed from his lone tour triumph, logged seven birdies and one bogey.

Rahm, who is ranked No. 1 in the world, is the only player in the field who will compete in the Ryder Cup next week. Rahm was still feeling the effects of a stomach ailment that forced him to withdraw from the pro-am Wednesday.

“Not my best ball-striking day, a little tight today probably from having to be in bed for so long yesterday,” Rahm said. “Even with how I felt, I played a little bit better than I thought I was going to, to be honest. Started great, started to hit some good shots, too bad I couldn’t capitalize on some of the good chances early on.”