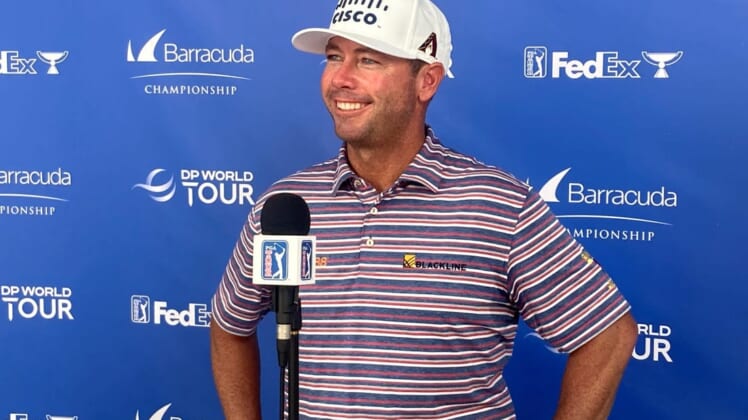 Chez Reavie held off a hard-charging Alex Noren to win the Barracuda Championship by one point Sunday in Truckee, Calif.

Reavie posted a six-point round under the event’s modified Stableford scoring system for a four-round total of plus-43. Noren, a PGA Tour vet from Sweden, scored 14 points for the round of the day but came up one short at plus-42.

Scotland’s Martin Laird placed third at plus-38, Mark Hubbard was fourth at plus-37 and Scott Gutschewski finished fifth at plus-35 at the Tahoe Mountain Club’s Old Greenwood Course.

Reavie, 40, notched his third career win across three different decades. He won the 2008 RBC Canadian Open and the 2019 Travelers Championship.

Reavie tallied four birdies and two bogeys on the day. His slow-rolling birdie at the par-4 16th put him back in front of Noren, and Noren couldn’t catch him on the final two holes.

Noren had a hot start with six birdies and one bogey on the front nine for an 11-point jump. But he bogeyed No. 10 and added just two more birdies down the stretch.

The alternate event opposite The Open Championship was co-sanctioned by the DP World Tour for the first time. With his victory, Reavie earned a card for both tours through 2024.