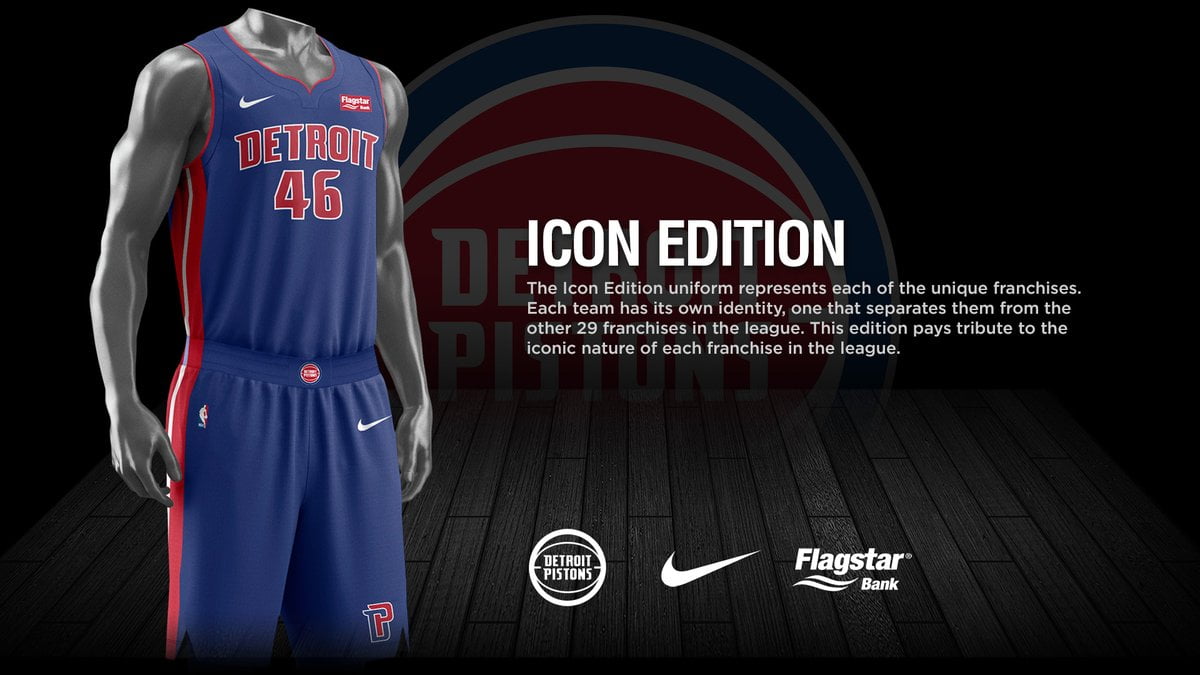 It’s going to take all of us a while to get used to NBA jerseys having advertisements on them. A quarter of the Association has already partnered up with companies to put logos on their uniforms for the upcoming season.

We’ll start rocking these jerseys next season. First, a look at the Association Edition pic.twitter.com/RSWPRXnnDA

Next, the Icon Edition, with Detroit across the chest. ? pic.twitter.com/2oPMAn26Mf

Remember, there are no true home or road uniforms for the upcoming season. They have been replaced by what are being called “icon” and “association” editions.

That’s not really the story here. Instead, it’s the logo of Flagstar Bank that pops out more than anything else.

We’re not too sure whether this whole advertisement thing will catch on over the long term, but it surely is weird to look at.