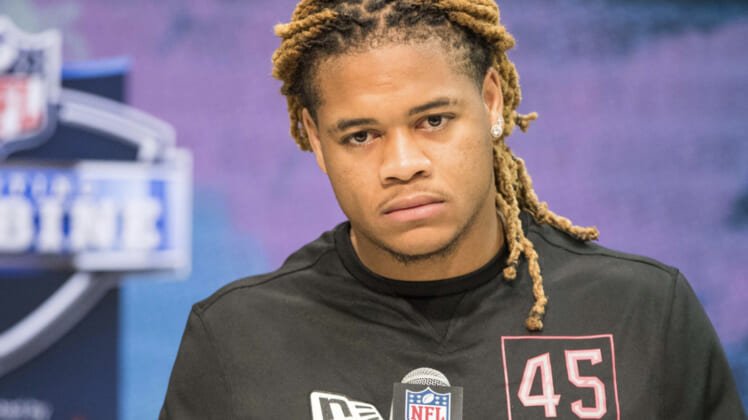 Ohio State product Chase Young is extremely confident in himself as he prepares for the 2020 NFL Draft and has declared himself to be the best player available.

Speaking with ESPN, Young said he is “definitely” the best prospect in the 2020 draft class: “Yes, definitely,” Young said. “I know I’m the best, definitely.”

He elaborated on how he sees himself taking the next step at the NFL level:

“And I feel like when I put my best foot forward, it’s gonna be pretty good.”

Not many will argue against this. The only reason Young won’t go No. 1 overall this year is that the Cincinnati Bengals are desperate for a franchise quarterback and will almost certainly take Joe Burrow atop the draft.

Last season at Ohio State, Young led the nation with 16.5 sacks despite missing two games on suspension for taking out a personal loan so his girlfriend could attend the Rose Bowl the year before. He’s one of the best pass rushers to enter the league in a while and has All-Pro potential if he can stay healthy and continue improving his craft.