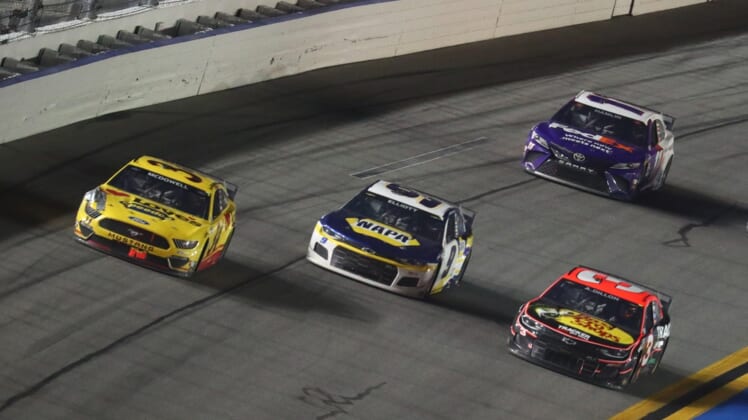 Chase Elliott is on the pole for Sunday’s NASCAR Cup Series race on the Daytona Road Course.

Kevin Harvick and Ryan Preece are in row three with the top 10 rounded out by Corey LaJoie, Kyle Larson, Ross Chastain and Bubba Wallace.

The O’Reilly Auto Parts 253 includes a 40-driver field, but Elliott’s dominance in road racing is noteworthy.

McDowell is a force on road courses in his own right and said prior to the season he was confident the additional road races — seven total in 2021 — would be to his benefit. McDowell finished 10th at the Daytona Road Course last year.

“That obviously is a big advantage to us,” crew chief Drew Blickensderfer said of the road-course increase in 2021. “Adding a few more road courses, us getting our program better at all the bread and butter-type mile and a half racetracks, I think … we can take advantage of some people again this year like we did last year.”