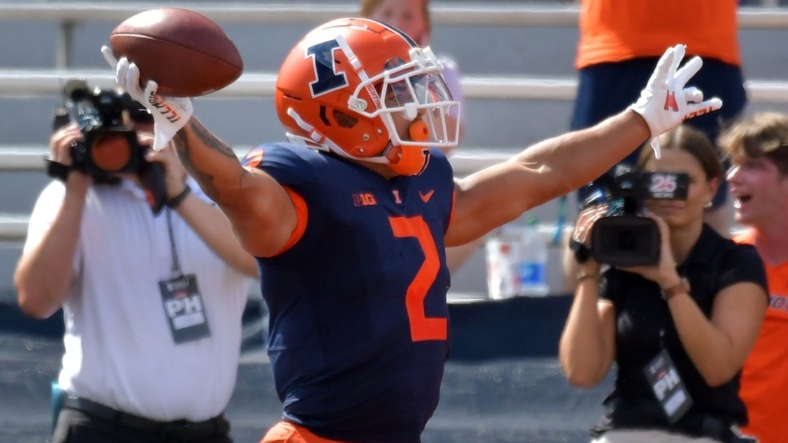 Chase Brown rushed for 151 yards and accounted for three touchdowns as Illinois routed Wyoming 38-6 on Saturday at Champaign, Ill., in the season opener for both teams.

Brown rushed for two touchdowns and also caught a scoring pass in a contest dominated by the Fighting Illini (1-0).

Wyoming’s Andrew Peasley, a transfer from Utah State, was just 5-of-20 passing for 30 yards and one interception. Titus Swen rushed for 98 yards on 17 carries.

Brown scored on runs of 11 and 5 yards. His scoring reception was 14.