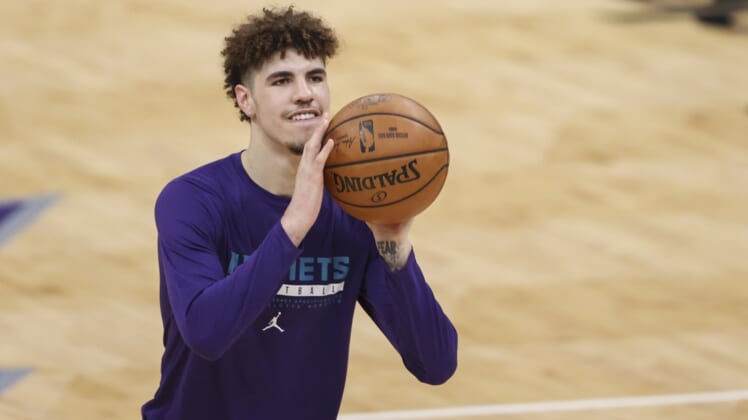 Charlotte Hornets rookie point guard LaMelo Ball is expected to return to the lineup Saturday against the visiting Detroit Pistons, The Athletic reported.

The Rookie of the Year candidate has been out since March 20 with a fractured right wrist. He underwent surgery on March 23 and was cleared to resume basketball activities on April 19.

Ball, 19, was named the Eastern Conference Rookie of the Month in January, February and March. He became the first player in the past 60 years to lead all rookies in total points, rebounds, assists and steals heading into the All-Star break.

The Hornets (30-32) enter Saturday’s contest in eighth place in the Eastern Conference.