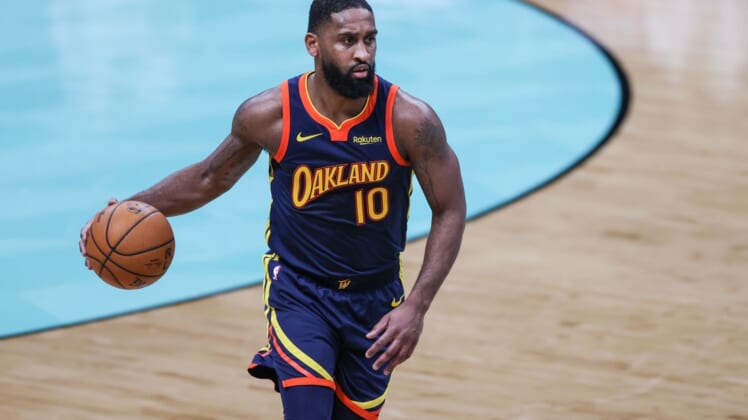 The Charlotte Hornets made a deal just before the NBA trade deadline Thursday, acquiring guard Brad Wanamaker from the Golden State Warriors.

The teams also exchanged future protected draft picks, with the Warriors receiving a 2025 second-rounder (top 55 protected) and the Hornets getting a 2022 second-rounder (from Toronto via Philadelphia; top 54 protected) in addition to cash considerations.

Wanamaker, 31, will help fill some of the void left by Hornets rookie star LeMelo Ball, who fractured his right wrist last Saturday and will miss the rest of the season.

Wanamaker had signed with the Warriors as a free agent in November after spending his first two NBA seasons with the Boston Celtics. He played in 39 games for Golden State this season, averaging 4.7 points and 2.5 assists in 16 minutes per contest.