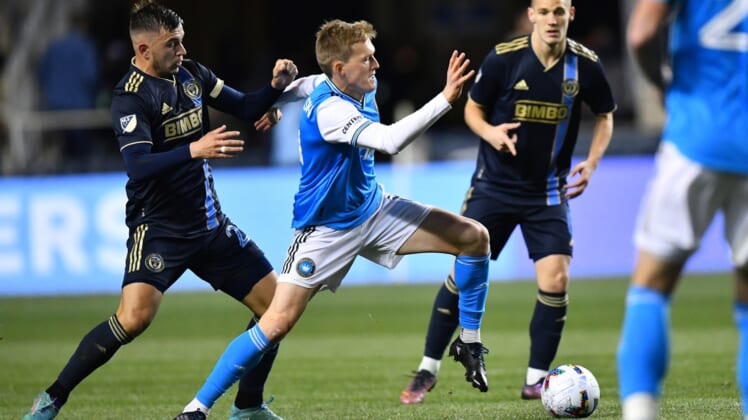 It’s still early in the inaugural season for Charlotte FC, but the expansion club’s upside has become apparent.

Next up, the team will see how it handles a grueling stretch of road games, beginning with Saturday night’s game against the New England Revolution at Foxborough, Mass.

“Now the challenge is to be consistent,” Charlotte FC coach Miguel Ramirez said.

Charlotte FC (3-4-0, 9 points) beat the Revolution (1-4-1, 4 points) 3-1 in the first meeting between the teams March 19. It was Charlotte’s first victory in franchise history and sparked a stretch of three wins in four games.

The change of venues for the rematch could be a boost for the Revolution.

“Hopefully, we have a good crowd that will help us get over the top,” New England coach Bruce Arena said, pointing out there are bound to be changes from the first matchup. “Our team will be different obviously from the group that played in Charlotte. The game is going to look a little different, I think.”

New England should have defender Henry Kessler in the lineup after an injury. Kessler said there has been extra intensity during training this week.

“Not a great start, obviously,” Kessler said. “The results haven’t gone our way. … We’ve made some mistakes and we’ve been punished for them. The objective is to win every game.”

The Revolution are aiming to get cranked up and snap a four-game losing streak.

While there could be more growing pains ahead for Charlotte FC, there’s good reason to be optimistic as well.

“The group that we have is super competitive,” Ramirez said. “They want to win, and they are disappointed when they lose. They work so good. They pay attention. The guys understand the game plan. As a staff, we try to help them as much as possible to be competitive in the game.”

Charlotte FC added Polish international player Kamil Jozwiak to the roster. The winger, a member of the Polish national team, was acquired from English Championship team Derby County, but it took him a time to arrive in the U.S. He hasn’t played in a game since Jan. 30 with Derby County.

Jozwiak has connections with some Charlotte FC players, including Poland’s Karol Swiderski.

“It’s easier for him having (some) guys he knows,” Ramirez said. “He’s available. He’s ready.”