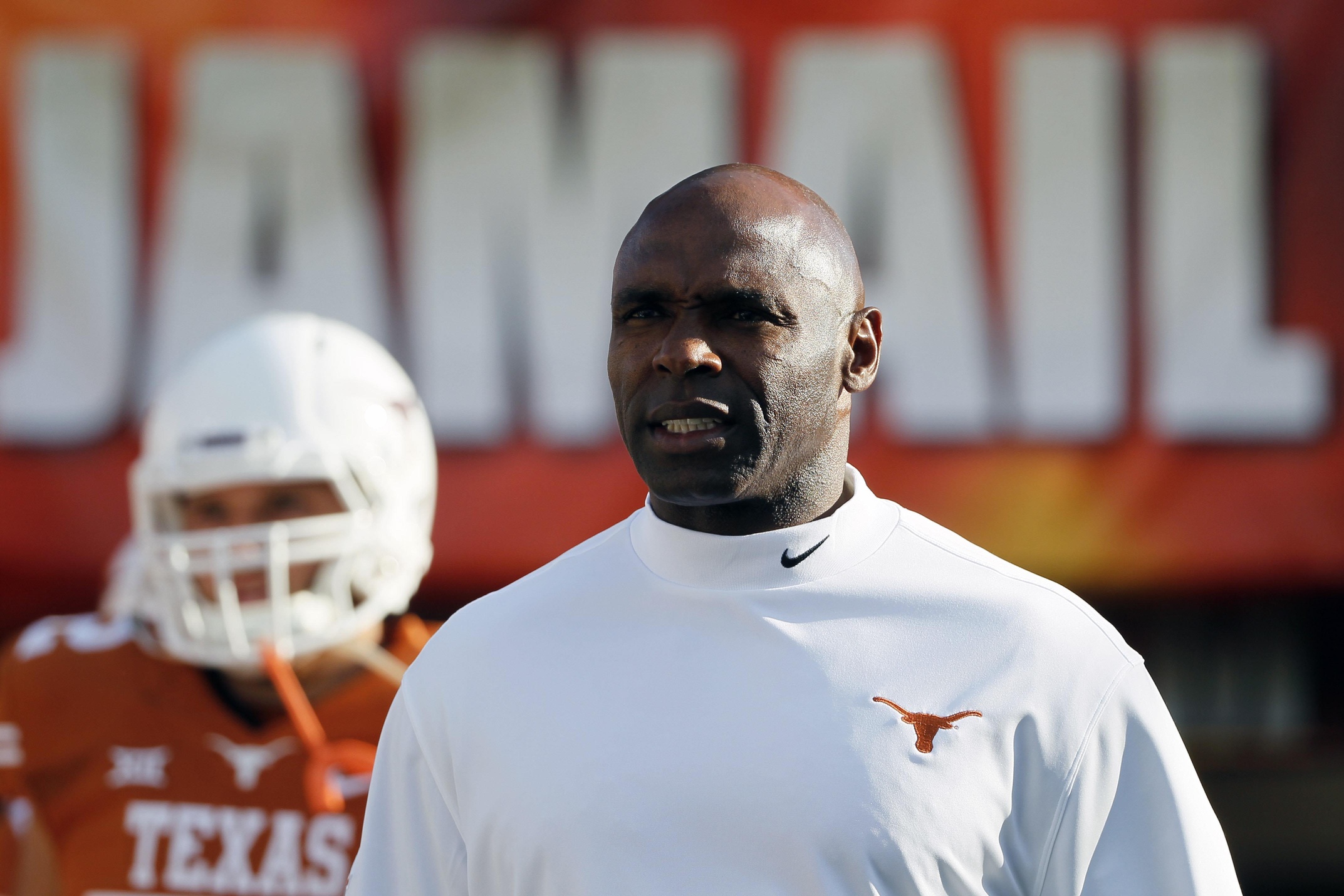 Texas football head coach Charlie Strong has officially demoted defensive coordinator Vance Beford. In a press conference Monday, he announced the move, saying he will take over calling defensive plays, while Beford will take charge of the team’s secondary.

Charlie Strong announces that he is taking over the defense and call defense with Vance Bedford in charge of the secondary.

Strong said the defensive performance of his program has been “unacceptable” and said “at this time right now, it is a move that had to be made.”

The head coach stopped short of declaring it a desperation move, however. “I don’t think it’s desperate times, desperate measures,” he said.

Worth noting here is that Strong is most definitely on the hot seat right now after watching his team lose consecutive games to Cal and Oklahoma State, giving up 99 combined points in those two losses.

After Saturday’s loss to the Cowboys, Longhorns athletic director Mike Perrin didn’t exactly give Strong a ringing endorsement when asked about the coach’s future at Texas (more on that here).

With that in mind, it’s not surprising that both Perrin and his associate athletic director were watching Strong at the podium on Monday.

Strong is at the podium with #Texas AD Mike Perrin and associate AD Arthur Johnson looking on. #HookEm #Longhorns

Texas needs a quick fix to avoid falling into the pit of despair, to so speak. The defense has allowed over 38 points per game this year, and No. 20 Oklahoma is likely licking its chops to get a crack at upping that number Saturday when the two programs clash in the Red River Rivalry game.

Needless to say, Strong is doing everything he can to rally his troops.

Strong on his players: "It's good they hurt … Where you don't lose them, there's eight games left and we can make a lot of noise."

Should the Longhorns find themselves on the wrong end of a stampede, one wonders if Strong will last the weekend.