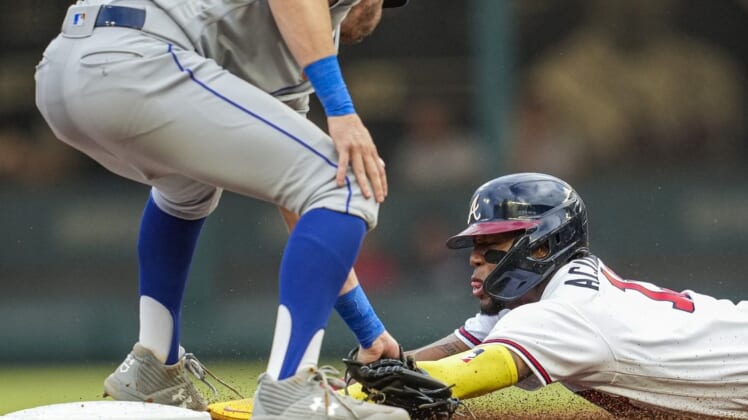 By claiming the first two games of a four-game series, the Braves drew within 3 1/2 games of the National League East-leading Mets. Atlanta has not lost since dropping four of five in New York from Aug. 4-7.

Morton (6-5) allowed three hits and one walk. It was his sixth scoreless stint of the season, and the strikeout total matched his season high.

Olson, who went 2-for-4 with two-run homer, has hit safely in eight consecutive games.

Morton was lifted with a 2-0 lead in the seventh after Francisco Lindor hit a one-out single and Daniel Vogelbach drew a two-out walk. Dylan Lee entered and struck out Jeff McNeil to end the threat.

The Mets lost their starting pitcher to injury after two innings for the second straight game. Taijuan Walker left due to back spasms after throwing only 32 pitches. He did not surrender a run and allowed one hit and two walks. New York lost Monday starter Carlos Carrasco to a left oblique strain after two innings.

Robbie Grossman put the Braves on the board with a solo homer in the third inning against R.J. Alvarez (0-1), who was making his Mets debut. It was Grossman’s third homer of the season and first since being acquired from Detroit at the trade deadline.

Grossman was in the lineup as a replacement for left fielder Eddie Rosario, who will miss a few games because of left hamstring tightness.

The Braves added two more runs in the fourth inning on Olson’s 25th homer, a 443-foot two-run shot that soared over the Chop House restaurant atop the right field stands.

Alvarez gave up three runs on four hits and two walks in 2 1/3 innings. He struck out two.