Charles Woodson opens up about Marshawn Lynch donning No. 24 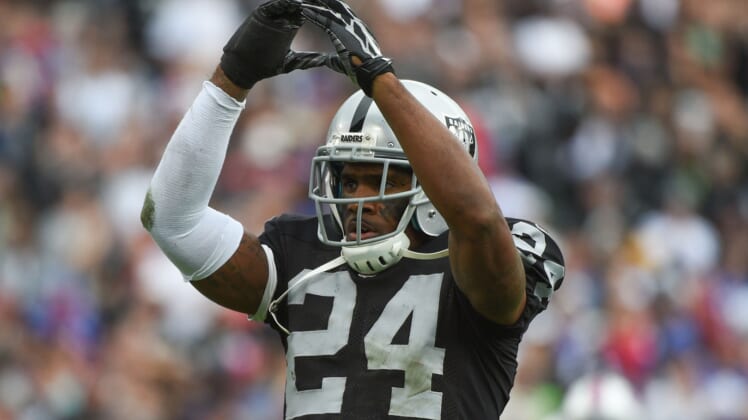 When Marshawn Lynch joined the Oakland Raiders this offseason, one of the questions that was answered quickly was whether he’d be wearing the No. 24 jersey of Charles Woodson. As it happens, Lynch’s mother had previously asked Woodson if Beast Mode could wear it, if he ever came back and played for his hometown team.

Of course he said yes.

And now that Lynch is part of the Raiders organization, sporting that No. 24, Woodson is thrilled to share the jersey with another legend.

“I’m excited about it for Marshawn to have a chance to come home and play in front of friends and family,” Woodson told ESPN. “That number 24, that’s something special with the Raiders. I don’t think there’s anybody more worthy than Marshawn to wear that number.

“We all like to have fun; that’s not going to be an issue. It would be different if he was a younger player just coming into the league. But he’s a seasoned pro now with a different perspective of the NFL.”

Originally, both Woodson and Lynch retired after the 2015 campaign. But rumors persisted starting last season and into the offseason that Lynch was itching to potentially make his return. Now he’s back, and all about that Oakland action, boss.

“It’s a positive and a plus to have him at this stage of his career. His main intention is to win a championship for Oakland,” Woodson said.

Assuming Lynch can make a big impact on the ground for the Raiders, this team certainly has the pieces to make a deep run in the playoffs and pursue a championship. Should they accomplish this, then Lynch’s status as a future Hall of Famer would likely be cemented, as would his status as an Oakland legend.