Charles Oliveira misses weight, stripped of title ahead of UFC 274 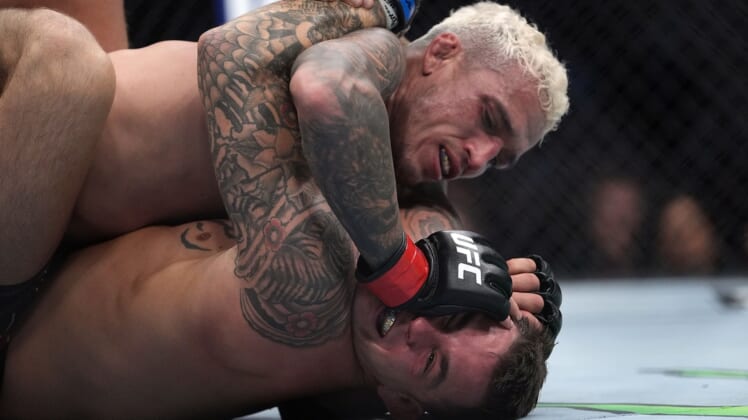 Charles Oliveira was stripped of the UFC lightweight title and cannot reclaim it at the main event at UFC 274 on Saturday night after failing to make weight.

Given one hour to drop from 155.5 pounds to the required maximum weight limit of 155 on Friday, Oliveira was unable to shed the half-pound.

UFC confirmed the title was vacated immediately, leaving his opponent Justin Gaethje as the only fighter with a chance to become the lightweight champion on Saturday.

If Oliveira wins the bout, which will go on as scheduled regardless of his weight, he will not be the lightweight champion and the title will remain vacant.

The ruling is unprecedented in main event card UFC history.

Oliveira, 32, has won 10 straight in the lightweight division.