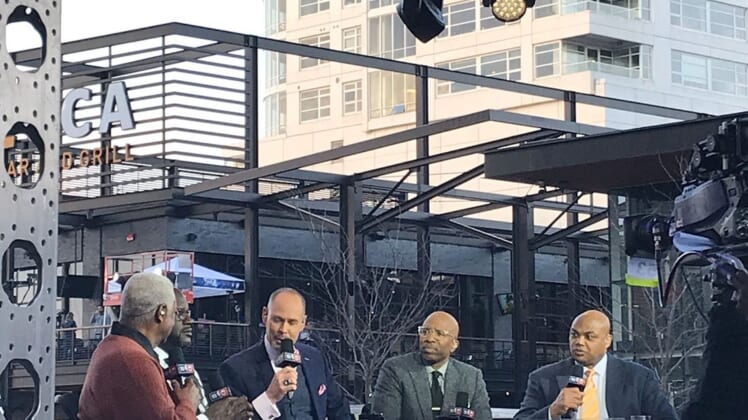 Charles Barkley plans to put his wicked slice on display in the LIV Golf Series Pro-Am at Trump National at Bedminster and a broadcasting role could soon follow, the New York Post reported Thursday.

Barkley has a three-year contract worth $30 million with TNT, working multiple events including the Emmy-winning “Inside the NBA” studio show alongside Ernie Johnson and Shaquille O’Neal.

Barkley, referred to as a “notorious hack” by hoops peer and Hornets owner Michael Jordan, has a large following and became known as an anything goes analyst with Turner Sports.

The LIV Golf Series began in June, paying immense, guaranteed contracts to golfers to join the new tour and leave established PGA Tour membership behind. Some players have pointed to the lighter schedule of events as a tipping point in their decision.

The Post reported Barkley dined with Greg Norman in Atlanta on Wednesday, adding, “Norman is going to next prepare Barkley an offer.”

Prominent players have been critical of the Saudi-funded circuit as a money grab, including Tiger Woods and Rory McIlroy.

Phil Mickelson, Brooks Koepka, Bryson DeChambeau, Sergio Garcia and Ian Poulter are among the professional golfers who have aligned with the LIV.