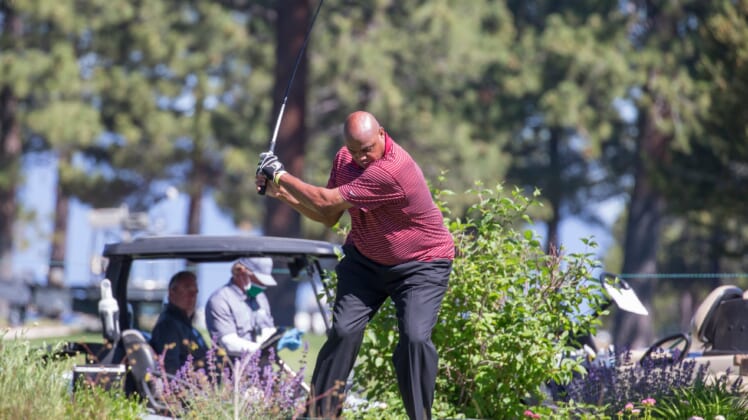 Charles Barkley will be hitting the links for a national audience, joining NBA superstar Steph Curry in the third edition of The Match on Turner Sports.

Barkley, the legendary former basketball player and now infamous golfer, has been open to competing in the charity golf tournament before. Now, fans of Barkley’s unforgettable swing will reportedly be able to see him compete against some of the biggest names in sports for a great cause.

Charles Barkley, Steph Curry to compete in third edition of “The Match”

According to Sportico’s Anthony Crupi and Scott Soshnick, Barkley and Curry will join Peyton Manning and Phil Mickelson in the four-man charity golf tournament later this year.

The clash between sports icons is scheduled to take place on Friday, Nov. 27. It will be just over six months since Tom Brady and Tiger Woods competed with Manning and Mickelson in the second edition of The Match.

It was only a matter of time before we had another round of this celebrity classic. The Match in May drew massive ratings, received incredible praise during a time without sports and raised millions of dollars for COVID-19 relief efforts.

While things got off to a shaky start with Mother Nature stealing the show early, Manning, Brady, Mickelson and Woods each delivered some unforgettable moments. Between some incredible shots, hilarious trolling and a classic finish, “The Match” exceeded the grandest of expectations for those watching and playing. Sports fans certainly enjoyed seeing Brady suck at golf and his loss inspired some hilarious jokes, but he obviously won’t be available this time around.

While we might miss out on some chances to laugh at Brady, Barkley’s reputation on the golf course speaks for itself. Although, we will feel bad for whoever he is paired with. The good news is, sports fans will love the entertainment and it will raise money for great causes.