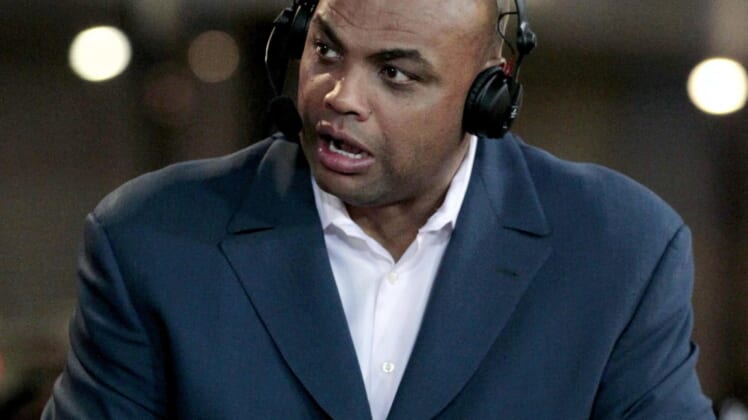 Many NBA fans would agree that Stephen Curry is in a class of his own as the best all-time shooter in Association history, and that he’s probably the second-best player currently, behind only LeBron James.

Charles Barkley has a different opinion. In an interview with TMZ Sports, Barkley said there are four other players better than Curry right now.

“I love Steph, but he’s not with those guys,” Barkley says.

Not surprisingly, Barkley thinks James is the best player in the league. Here are the three others he ranks as better than Curry.

“I think Kawhi, Kevin [Durant] and Giannis are all right there together.”

Sir Charles is known for having some — shall we say, unique? — views on ranking players.

So, it’s not all that surprising he’s got Curry so low. However, in the end we’re willing to bet history has a different take on the legendary shooter.