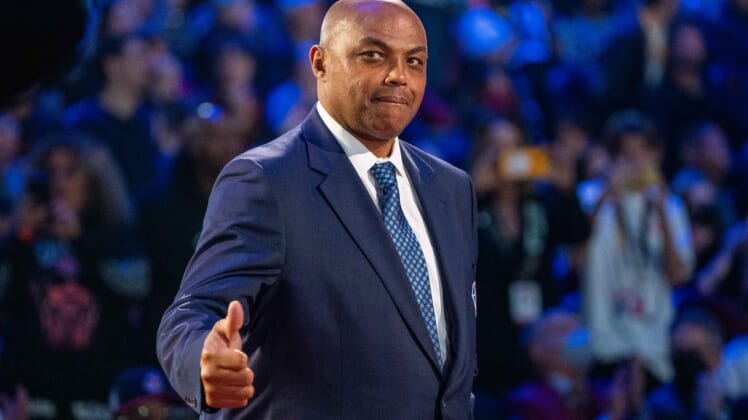 Pro Basketball Hall of Famer and current Turner Sports analyst Charles Barkley has taken that rivalry with the Golden State Warriors to a whole new level.

Ahead of the first two games of the Warriors’ Western Conference Finals series against the Dallas Mavericks, Barkley could be seen getting into a war of words with Warriors fans.

Heading into Game 3 in Big D on Sunday night, Charles Barkley took this to a whole new level. The dude legitimately showed up to American Airlines Center in Big D riding a horse. It’s something that actually happened.

The dude has become an national treasure since joining the likes of Kenny Smith, Ernie Johnson and Shaquille O’Neal in the TNT studios.

With Golden State boasting a 2-0 series lead after an epic Game 2 comeback, the team will look to pretty much wrap up an NBA Finals appearance with a win Sunday evening.

As you might imagine, Charles Barkley is rooting for Dallas to come out on top and make this a series.

On another note. That’s one poor horse.