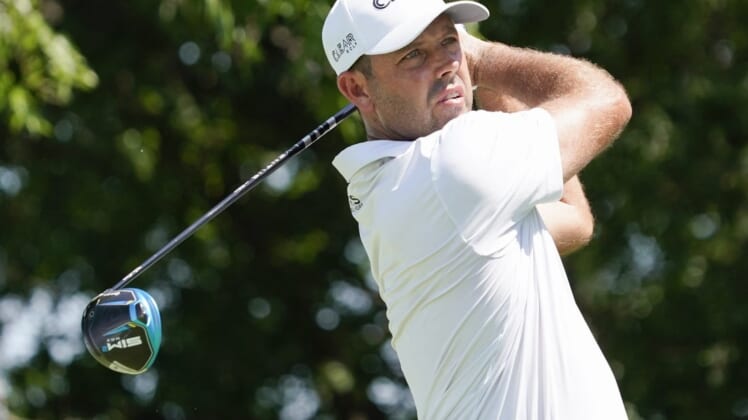 Schwartzel, the 2011 Masters champion, is at 9 under after carding a 4-under 66. His “Stinger GC” teammate du Plessis is at 6 under, followed by American Peter Uihlein at 4 under and another South African Oliver Bekker at 3 under.

The Saudi-financed golf league is seen as a rival to the PGA Tour and has garnered criticism for attempting to help “sportswash” Saudi Arabia’s human rights record. Despite the controversy, LIV Golf attracted several big names by offering purses far exceeding those found on the PGA Tour. The London Invitational’s purse is $20 million, with $4 million awarded for first place.

The PGA Tour suspended 17 current and former members on Thursday for participating in this event.

Bryson DeChambeau, the 2020 U.S. Open champion, confirmed Friday that he is also defecting from the PGA Tour to join the LIV Golf series.

LIV Golf features three-round tournaments with an individual and a team component. Player fields will be divided into teams of three every week via a draft. The three teams with the best combined scores for the week will earn additional prize money.

Stinger GC (15 under) remains atop the team leaderboard with a seven-shot advantage over Crushers GC. They are followed by Majesticks GC (6 under) and 4 Aces GC (4 under).