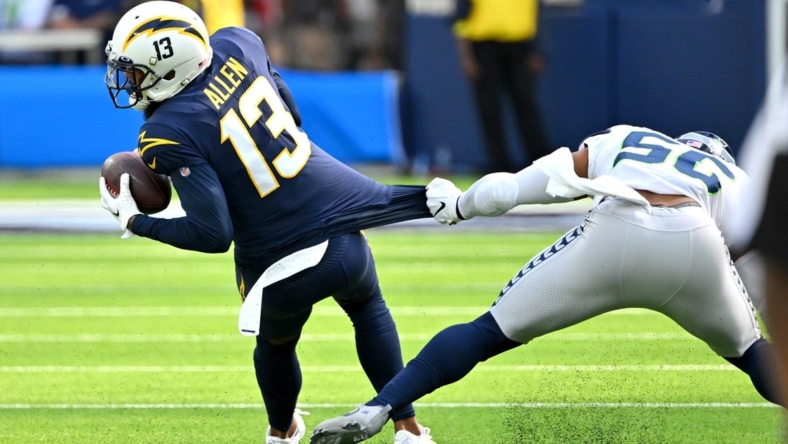 Los Angeles Chargers receiver Keenan Allen will miss Sunday’s game against the Atlanta Falcons due to his left hamstring injury.

Allen, a five-time Pro Bowler, has been experiencing hamstring issues all season.

He was hurt in the season opener against the Las Vegas Raiders and missed the next five games. He returned against the Seattle Seahawks in Week 7 but didn’t play in the second half.

Allen then experienced a setback during the team’s bye week and hasn’t swiftly recovered.

“I don’t think it was a re-strain or anything,” Allen said earlier in the week. “Just some more scar tissue that’s trying to break off. Whenever it’s ready to heal … just gotta let it do its own thing.”

Allen had four receptions for 66 yards against the Raiders in the opener before sustaining the injury. Against Seattle, he had two catches for 11 yards.

Allen has 736 receptions for 8,612 yards and 48 touchdowns in 118 games over 10 seasons with the Chargers, the first four in San Diego before the team’s move to Los Angeles following the 2016 season.

Allen has caught at least 100 passes in four of the past five seasons. He had 97 receptions in the other.