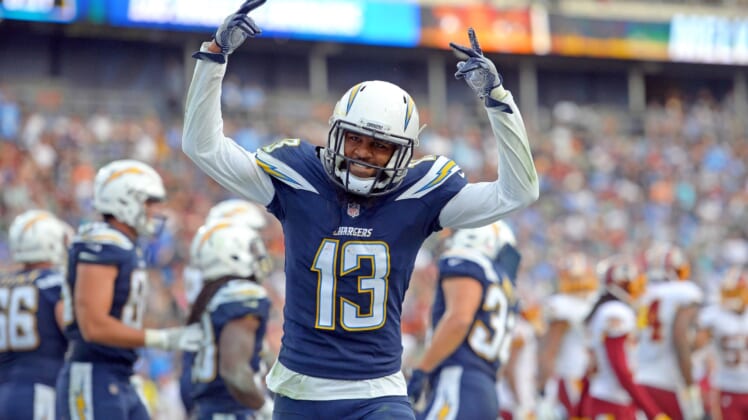 Already without star running back Melvin Gordon due to a knee injury, the Los Angeles Chargers might have suffered another major blow Thursday night against the division-rival Kansas City Chiefs.

No. 1 wide receiver Keenan Allen had to exit the game before the end of the second quarter with what seemed to be a hip injury. The Chargers are officially listing Allen as questionable to return. Though, given that he was sent to the locker room with the team’s offense on the field, that’s certainly not a great sign.

Allen, 26, has been among the most underrated receivers in the game over the past several years. He headed into Week 15 having put up 88 receptions for 1,074 yards and six touchdowns in 13 games this season.

At 10-3, Los Angeles is pretty much guaranteed a playoff spot. But at this point, its star players are dropping like flies. That’s not a good thing.