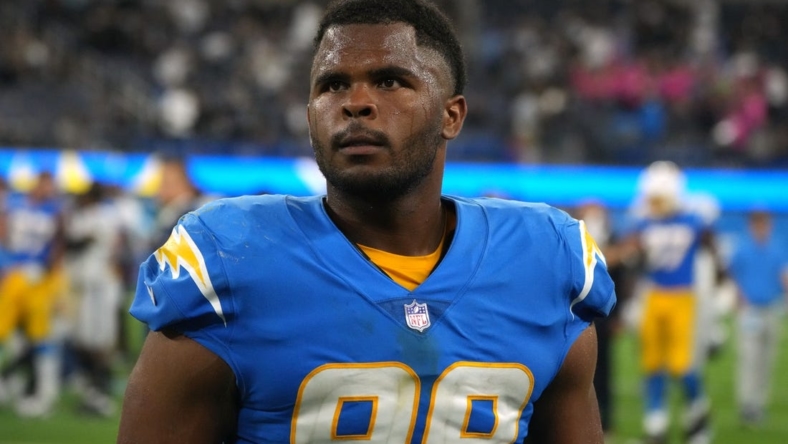 “Jerry has been a valued member of our organization since arriving in 2019, and I want to thank him for all his contributions to the Chargers,” general manager Tom Telesco said in a statement on Thursday. “This was not an easy decision but, after careful consideration, it was a necessary one that is in the best interest of both team and player. We wish Jerry all the best moving forward in his career.”

A Notre Dame product, Tillery was the No. 28 overall pick in the 2019 NFL Draft. In May, the Chargers declined his fifth-year option, which would have paid him a guaranteed $10.753 million in 2023.

Tillery, 26, set career highs with 51 tackles and 4.5 sacks in 16 games (15 starts) last season. This season, he has appeared in seven games and has recorded eight tackles, one sack and a forced fumble.