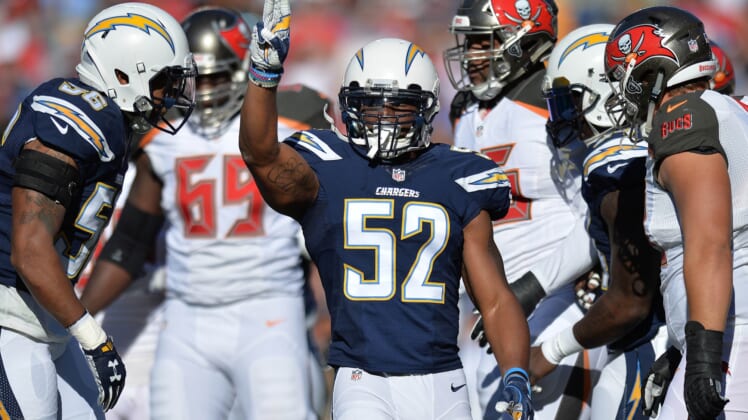 The Los Angeles Chargers entered Sunday’s preseason opener hoping to remain healthy. More than putting on a show for fans in their new city, this had to be the team’s ultimate goal. Here’s a squad that was dealt a plethora of injury-related blows last season. And thus far this summer, it hasn’t gone much better.

Now, it looks like starting middle linebacker Denzel Perryman could be lost for a significant amount of time.

The third-year pro from Miami (F) was carted off the field in the first quarter against Seattle with what appeared to be a non-contact leg injury. Los Angeles initially indicated that Perryman suffered an ankle injury and was questionable to return.

Though, Perryman himself could be seen mouthing something to the tune that it popped to the trainer while he was being carted off.

The former second-round pick is expected to be Los Angeles’ starting middle linebacker after recording 71 tackles, two sacks, two passes defended and an interception last season. As the team’s MIKE linebacker, he was also expected to be the play-caller.

It remains to be seen how serious this injury is, but it most definitely didn’t look too good.