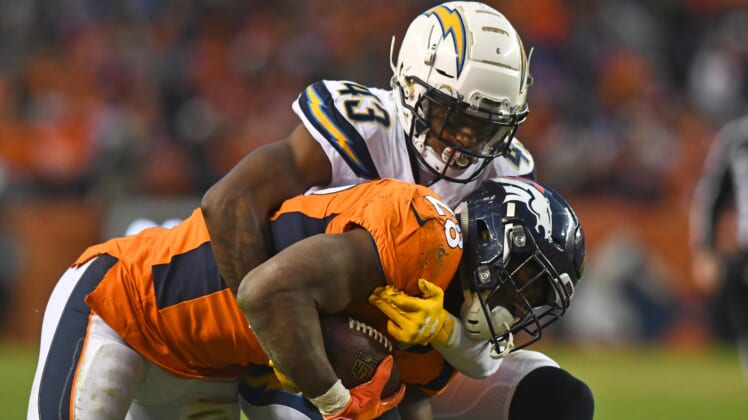 The Los Angeles Chargers will be without starting cornerback Michael Davis for the next two games after he was suspended for violating the NFL policy on substances of abuse.

ESPN’s Adam Caplan was the first to report this news, with Ian Rapoport of NFL Media confirming it and providing the Chargers’ reaction to the news.

Davis has started nine games for the Chargers so far this season, tallying 27 tackles, one interception and five passes defensed.

With the two-game suspension, Davis will now miss the team’s AFC West showdown against Denver this coming Sunday, along with another road game against Jacksonville on Dec. 8.