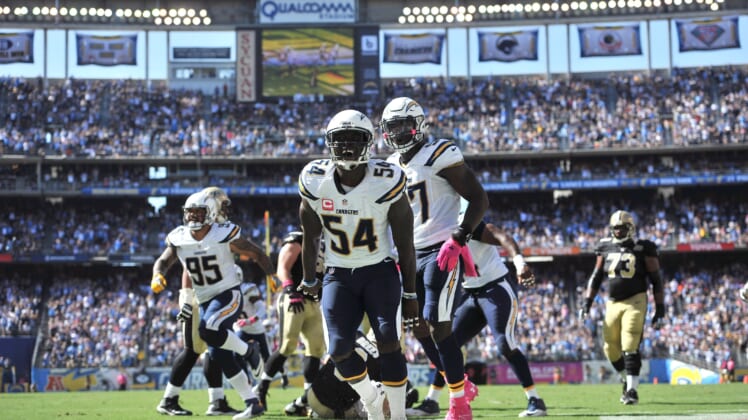 The Los Angeles Chargers and pass rusher Melvin Ingram came to an agreement on a four-year contract, the team announced Sunday.

The Chargers used the franchise tag to lock Ingram up this offseason with the intention of working out a long-term deal. Now that has been accomplished.

Adam Schefter of ESPN provided the following details of the contract.

Originally a first-round pick out of South Carolina, Ingram’s rookie campaign was a bit of a disappointment. He played in all 16 games but came up with just one sack and 18 quarterback pressures. He then tore his ACL in his second season, missing 12 games. Ingram played in just nine games in 2014 as well before finally getting healthy enough to finish out both the 2015 and 2016 seasons.

In those two seasons, Ingram racked up 18.5 sacks and proved himself capable of playing all three downs. Playing opposite Joey Bosa last year, Ingram was a nightmare for opposing offensive tackles. Throughout his five-year career, he’s tallied 197 total tackles, 24.5 sacks and 12 forced fumbles.

Now with Ingram locked up, Los Angeles’ defense has the players to feature a dominant front seven for the foreseeable future.