Chargers’ Melvin Gordon on Philip Rivers: I think he goes to the Colts 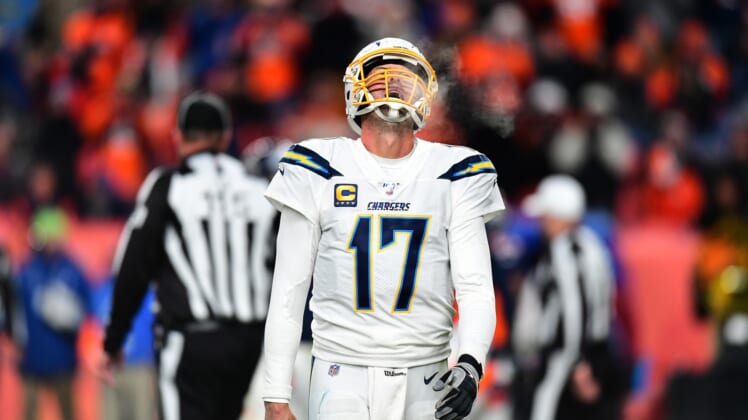 Even before Philip Rivers and the Los Angeles Chargers announced earlier this month that they were parting ways, the veteran signal caller was linked to the Indianapolis Colts.

It makes sense. The Colts are going to be looking for an upgrade from Jacoby Brissett. Despite some struggles last season, the 38-year-old Rivers would qualify as just that.

In talking about where his soon-to-be former teammate might land, Chargers impending free-agent running back Melvin Gordon predicted Indianapolis.

Gordon points out the presence of Nick Sirianni as the Colts’ offensive coordinator. He worked with the Chargers from 2013-17, including a two-year stint as Rivers’ quarterbacks coach.

Once it became clear that the borderline future Hall of Famer was leaving Los Angeles, the Colts became odds-on favorites to land him. Gordon is now adding another layer to this.