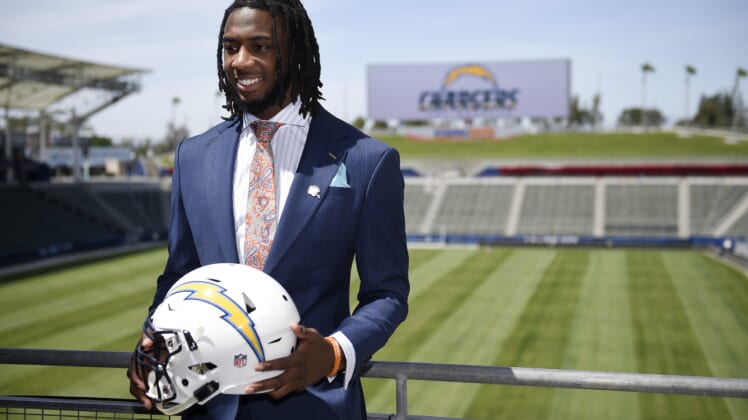 There has been a ton of different reports surfacing from Los Angeles Chargers camp about the status of rookie top-10 pick Mike Williams.

Initially, indications were that the former Clemson standout might miss his entire rookie season after suffering a herniated disc in his back during rookie minicamp. Those reports were decried by Williams himself, at which point the Chargers seemed confident the receiver would be able to avoid surgery.

Now, comes this from head coach Anthony Lynn indicating that Williams could indeed be out for the entire 2017 season.

Chargers' HC Anthony Lynn told the La Times that WR Mike Williams could be out all season.

Los Angeles placed Williams on the physically unable to perform (PUP) list when camp opened on Saturday. It was then reported on Sunday that he would miss the duration of training camp.

That’s a completely different thing than the star former Clemson pass catcher actually being forced from action for the entire regular season.

And in reality, this could be some really bad news for the Chargers. Here’s a team that saw No. 1 receiver Keenan Allen miss all but one game last season with a torn ACL. Remember, Allen played in just eight games the previous season.

In order for the Chargers to rebound from their last-place finish in 2016, they are going to need to remain relatively healthy all season.

Unfortunately, the Williams injury is one that could impact the team over the long haul. That’s not what Lynn and Co. wanted in his first season as the team’s head coach.

Vikings Territory - Is Kevin O’Connell the Coach of the Year?