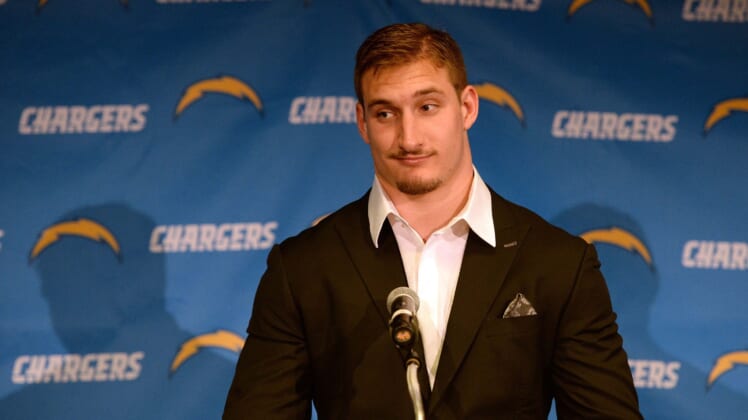 The coach spoke with local media on Monday and dispelled the reports that Bosa was nowhere close to being ready to play.

Bosa has yet to play a single snap for the Chargers this year as he rehabilitates a foot injury. It’s been reported that he still has yet to partake in any football-related activities, but that could be changing soon.

“He’s getting closer, but it still a process,” Lynn said, when asked when Bosa would return. “We’ve been real cautious with it the whole time. We’re not going to put him back on the field until he’s ready, I promise you that.”

Gordon missed the Chargers’ Week 7 game against the Tennessee Titans with a hamstring injury. Lynn expects his star running back to practice this week and that he might be healthy enough to play against Seattle on Sunday.

“The week off really helped Melvin,” Lynn said. “He ran well last week. He’s going to do some things this week, and we’ll see where he’s at. But hamstrings can be tricky, so you don’t want to rush those.”

Obviously, getting both of these stars back would be extremely beneficial to Los Angeles. The Chargers have gotten by without Bosa, but he’s a game-changing player when healthy. Gordon is a touchdown machine, and he gives Philip Rivers some much-needed balance on offense.