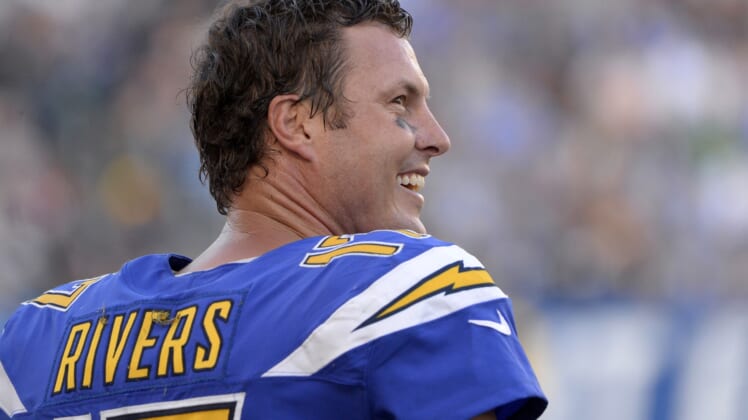 The possibility that the Arizona Cardinals will trade second-year quarterback Josh Rosen is quite the hot topic of conversation.

Though, one franchise that looks to be out of the race to possibly trade for Rosen is the Los Angeles Chargers.

Telesco’s comment also put an end to the rumor that the Chargers joined the Giants and Dolphins as “front runners” to obtain Rosen.

Instead, Telesco elaborated about his confidence in both Philip Rivers and backup Tyrod Taylor, stating the Chargers have two starting-level NFL quarterbacks.

“(Rivers has) really showing no signs of descending,” Telesco said, per Jeff Miller of the Los Angeles Times. “We’re very happy with (backup) Tyrod (Taylor), to have him here. We feel like we have to two starting-level NFL quarterbacks…We’re a good football team. We’ve got two quarterbacks we feel like we can win with.”

It would appear in days leading up to the NFL Draft that the Chargers are completely content not to shake up their current group of quarterbacks.

As it pertains to Rosen, he could be on the move either before or during the NFL Draft if the Cardinals decide to make a play for Kyler Murray at No. 1 overall.

Soon enough, we will find out.