Chargers facing uphill climb in battle against the Ravens 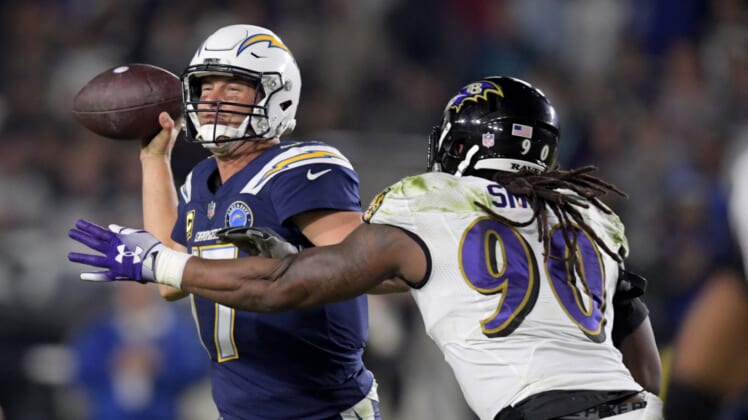 When the NFL announced the schedule for Wild Card Weekend, those within the Los Angeles Chargers’ organization could not have been too happy.

Having to travel back east for the game on Sunday is bad enough. Realizing the game will be starting at 10 AM California time takes everything to a whole new level.

Since 2002, those in the Pacific and Mountain Time Zones have been outscored in the first half of said games, 202-56.

Since 2002, Pacific and Mountain Time Zone NFL teams have been outscored 202-56 in the first half of all 1 p.m. ET playoff games. That's bad news for the Chargers who find themselves in that spot against the Ravens. https://t.co/xn8zyw3mkp

At issue here is the clock each player is on. It’s akin to traveling back east. Those on the west coast are three hours behind. This means that the Ravens will be playing afternoon time while the Chargers will feel like it’s 10 in the morning California time.

Home-field advantage should certainly count for something. Baltimore won the AFC North and is hosting the wild card game. Though, the team lost two more games than the Chargers.

It’s schedules like this that make people think the NFL should consider reseeding based on overall records. Division winners are guaranteed a playoff spot, but they’re not necessarily guaranteed home-field in the first round. That’s the basic premise.

The NFL could have easily decided to move this game to the later-afternoon spot, pushing up the Eagles battle against Chicago to the early-afternoon slot. But it’s all about ratings. The league wants the defending champs on primetime back east. It’s that simple.