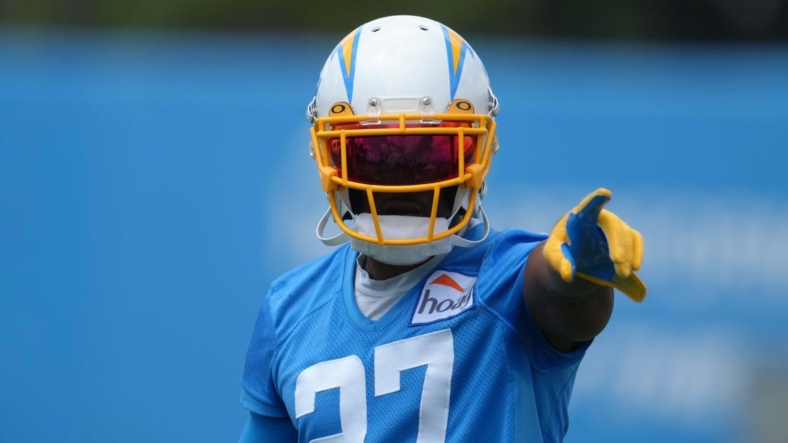 Prized cornerback J.C. Jackson, part of the high-priced haul for the Los Angeles Chargers in free agency, is no longer in a walking boot and could play Sunday against the Las Vegas Raiders.

Chargers head coach Brandon Staley said Jackson ran Monday and did light work Wednesday, shooting down a report that Jackson was already ruled out for the regular-season opener Sunday.

He had “minor” ankle surgery in New York in Aug. 24, when the team set a timetable for his return at 2-4 weeks.

Jackson is entering his first season with the Chargers after being a standout cover corner for the New England Patriots. Jackson made 25 interceptions (returning one for a touchdown) in 62 games over four seasons with the Patriots before signing a five-year, $82.5 million deal with the Chargers as a free agent during the offseason.

Jackson has 17 interceptions over the past two seasons — nine in 2020 and eight last season. He finished second in the NFL in both seasons.

Jackson was a Pro Bowl selection for the first time last season. He also has 158 tackles, three fumble recoveries and a forced fumble in his career.