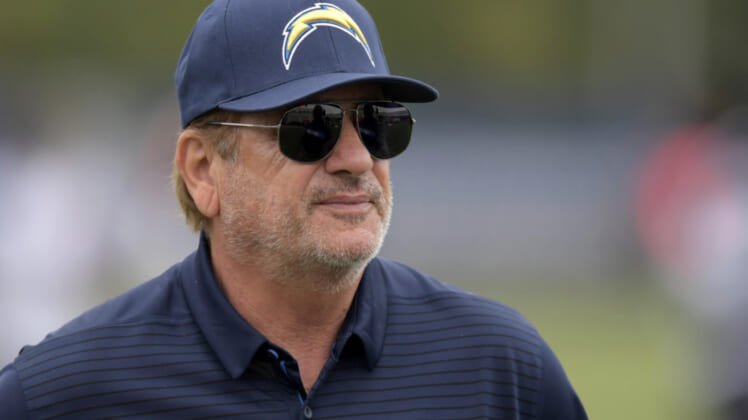 A report broke via Vincent Bonsignore of The Athletic on Monday indicating that the Los Angeles Chargers could very well relocate to London.

Said report noted that both the Chargers and the NFL are open to the idea. Even with their attendance issues since relocating from San Diego, this seemed to be a far-fetched scenario.

The Chargers’ social media team one-upped their owner with this perfect post depicting one of the greatest movie scenes in recent Hollywood history.

This really is how it should be done. If the report was false, the Chargers made it known big time with one colorful quote and and amazing social media post.

Whether the Chargers actually decide to relocate remains to be seen. They are set to share a state-of-the art stadium with the Rams in 2020. How attendance looks may be a determining factor.